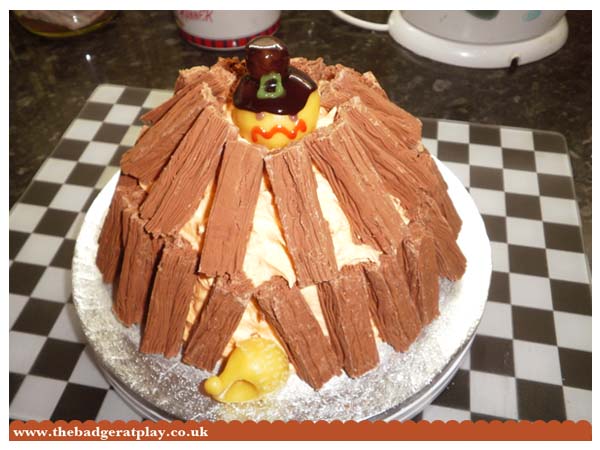 So I know there are a few Americans that my mum has introduced to my blog so a little history lesson might be a good idea. (could also help us Brits who are a bit fuzzy on the details!) Bonfire night is celebrated on the 5th of November cuz a bloke named Guy Fawkes was part of a group that wanted to blow up Parliament. This would have also taken out King James I as royalty was still a big part of the government back in 1605. However the Gunpowder Plot was foiled and Guy Fawkes was tortured and executed. To celebrate the safety of their King people lit bonfires and we have lit them every year since, even adding fireworks as they became more popular. To this day people burn an effigy of Guy Fawkes, although to celebrate his execution or honour his attempt to blow up parliament you will have to decide. Even now on the one day the Queen goes to Parliment someone has to check the cellars!

So Bonfire night is a big thing in Britain, and a big thing in my family, we used to go to a big event near us with a group of family and friends every year when I was a kid. I loved the noise of the fireworks echoing a massive boom in the Avon Gorge. Well, now my parents go to America so much it was up to my Auntie Lin to come to the rescue and start a new bonfire night tradition. So we all pile over to her house, box of fireworks in one hand and cake in another to share the fun. I have made this cake three years running now (although they turned into cupcakes last year after I seriously messed up two cakes in a row!!!!) It happens to be a big hit. Orange sponge cake, orange buttercream icing, 16 chocolate flakes and a marzipan Guy Fawkes and hedgehog! Yum!! I found the recipe in a really old Cadburys cookbook. I do like making it and the cake makes a brilliant table centre to go with the fab chillie con carne and jacket potatoes. The garden is a bit small to have a bonfire, so this make a great alternative.

All I can say is THANK YOU AUNTIE LIN, it is always a fun night. I do love the fact that us big kids all stand around with sparklers having fun like little kids every time!!!

(by the way I include the hedgehog as a reminder that bonfires should always be checked for wildlife before being lit, all the branches and leaves make great homes for various animals so make sure no hedgehog has set up home)