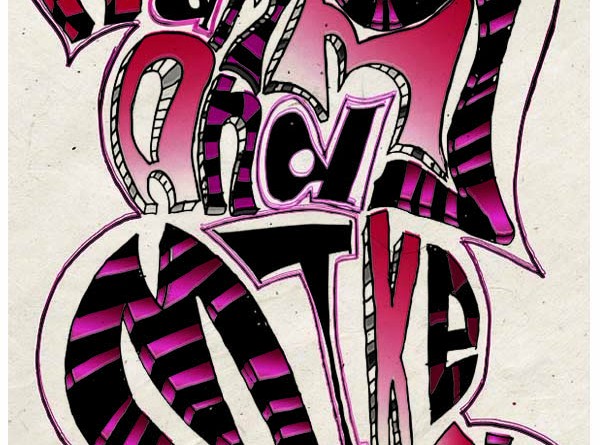 I was going through my old Digital Arts magazines and came across the tutorials. I found one I had not done and decided to have a bash at it. 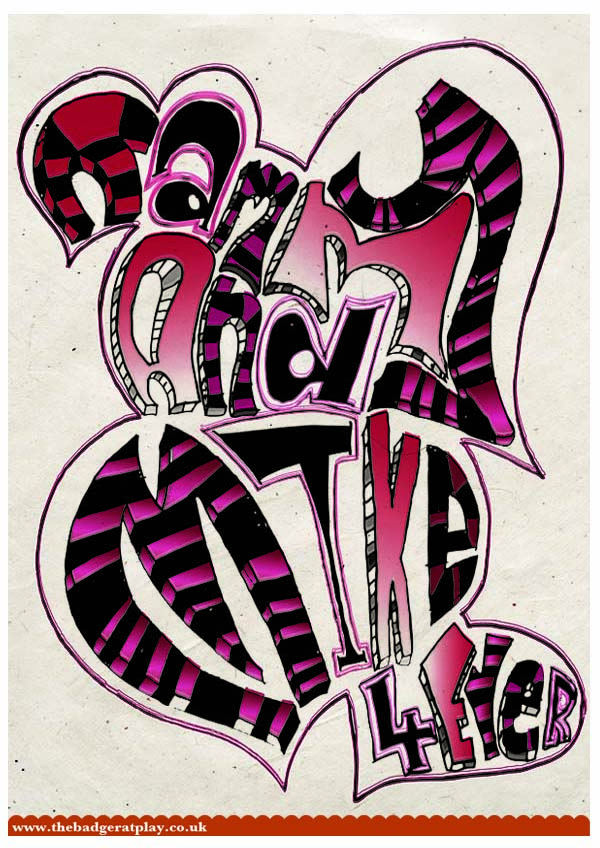 I wanted an old school, doodling on my folder type look. Ended up with the very sad ‘I love so and so doodle!’ I used to go for Ronan from Boyzone, or Angel from Buffy the Vampire Slayer. Now I thought I should stick to my fiance! We are due to be married after all. (“,) I will say that the colours look a little strange on screen, it is not that bright on paper. Still it is a success and the first time I have used the Adobe Illustrator ‘Live Trace’ tool to good effect.

The image is created by doodling on paper first and scanning. I then took it into Photoshop and messed about with the levels to get it clean and crisp. I also erased overlapping parts so each letter was separated from the others. This was probably the most fiddly bit, if I got it wrong I would notice letters joined together and would have to go back to Photoshop again. I then placed the image in Illustrator and used the Live Trace to create individual letters I could edit. The real fun began when I could start adding colour at this part, it was all black and white up until now. So when the colors were sorted I took it back into Photoshop to add the “paper’ background texture. I also added Noise and a transparent gradient along with a few other complicated to explain effects!

The one tip I picked up and really like from this tutorial was how to get a colour swatch set from an image into Illustrator:

> Find an image with colours you want to use, then open in Photoshop.

> Go to Filter / Pixelate / Mosaic / now move the slider until you are happy with the results, lots of coloured blocks, or a few big ones, up to you.

> Save this image as a TIFF file.

> Place this Tiff file into Illustrator and keep it selected.

> Now look to the menu below the File/Edit/Object menus, there should be a drop down box next to the Live Trace button, get the menu up and select Photo High Fidelity

You should now have a set of colours from the original image.

I found it really useful to keep my overall image within the same range of colours and found I did not struggle trying to match colours as much as I normally do.