So, I went camping with my other half last year, we are with his ‘gaming’ friends, alcohol is flowing freely, you know how it goes. So we come up with this new WMD, the EDD! The basic plan of the weapon is that two Donkeys rubbing together will cause an explosion. We in our drunken state go through all known weapons and adapt them to use Donkeys, general principle being that you need a carrot on a stick to get them to work. All in all we wonder how Weston-Super-Mare beach is not a scene from a war zone and decide they must be de-activated Donkeys of Doom. Well, it may have been a ‘you had to be there’ type of conversation with the Exploding Donkey’s of Doom but it was funny.

So we get home, we keep thinking of this fun conversation. My other half has a bash at drawing a poster for Exploding Donkey’s of Doom. Me being a graphic designer tell him to back away from the computer slowly, put the mouse where I can see it sort of thing! (Nah, he is good on the computer, I was just being a show-off!) So I come up with a new design. So this would be one of those fun designs from a random drunken conversation I am quite proud of. Hey, I even made male and female versions just in case! 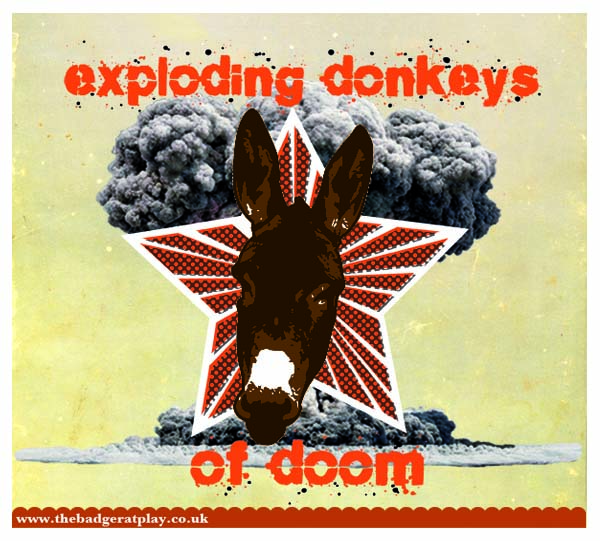 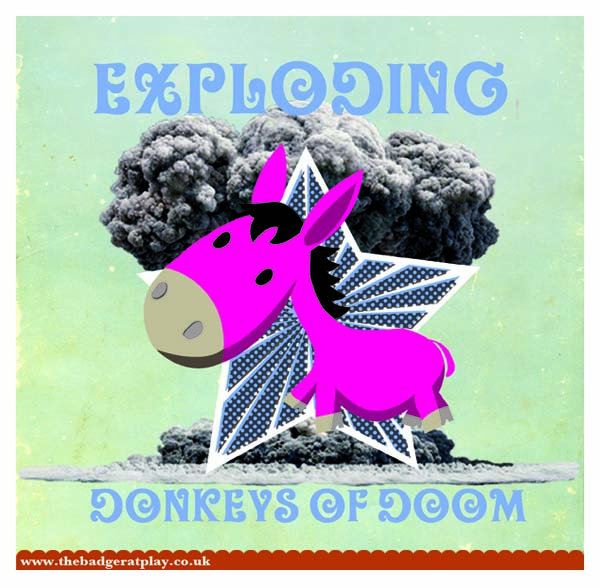 I would like to point out that this conversation was last year and we had nothing to do with the Weston Pier fire! Nor do we encourage terrorists to strap bombs to poor defenseless donkeys and scare them into running at our army personnel. Its bad enough blowing people up, but using a poor animal is just despicable.

I know this is a bit of a joke, but no matter what we think of the war, please take a moment for the men and women out there doing their job. Then let us never forget