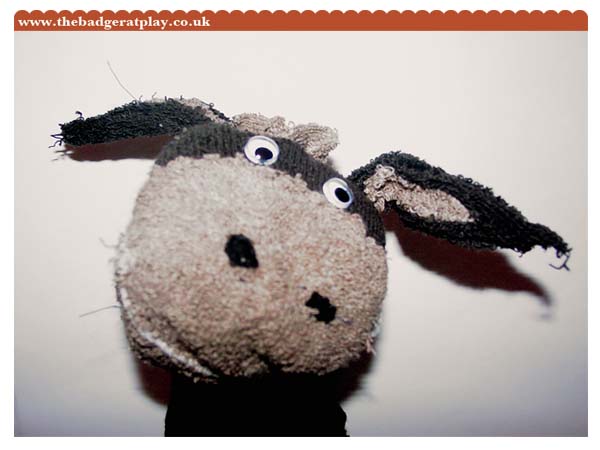 This here critter would be a Sock Donkey. He was made for telling the Christmas Nativity story to the kids in church one year. In fact, many moons ago now so it was a nice surprise to find him again. I will admit he has no name other than Donkey and although I made a cow and a strange worm angel sock thing for the same story, he is my favorite of the bunch. He is made from men’s socks, with his fluffy-ness coming from the socks being inside out. His ears would be my favorite as they are almost perfect, they curl in and are really long and floppy. Donkey also sports a fantastic main and tail that cannot be seen in the piccie, with thin strips of sock making a great effect.

I had been to a puppet-drama workshop for the summer holidays that year, I had a great time and learn’t sooo much about different types of puppets. One of the puppets I made was a sock, a purple monster who I creatively named PM (purple monster! Well he did have a girlfriend called PD, slightly more creative, Purple Diva!!) So Donkey looks great when you think I started off with a purple sock and pipe cleaners! 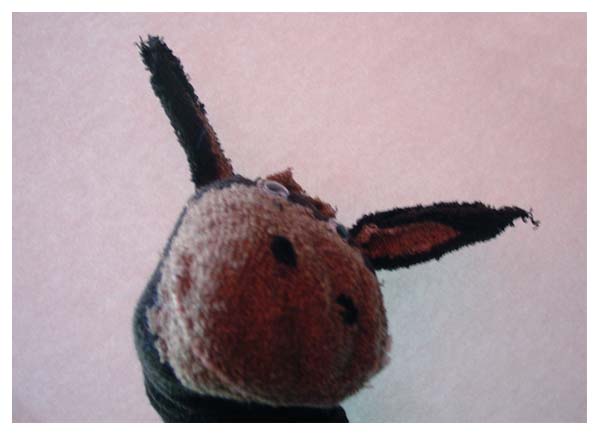